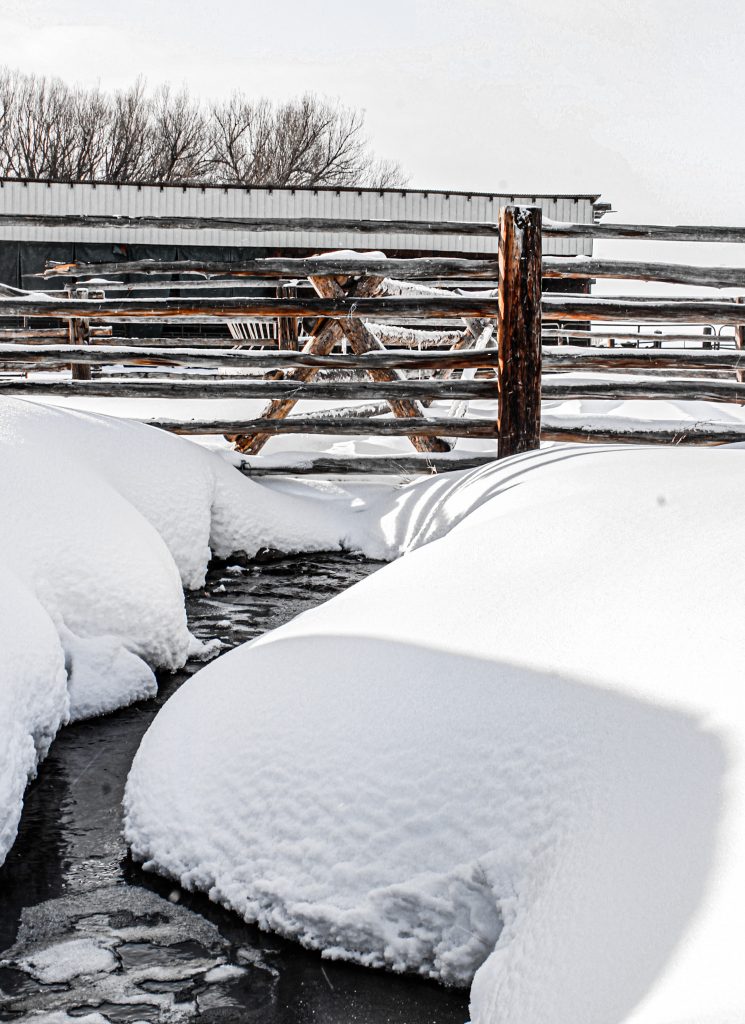 When it comes to making forecasts for the Wyoming basin and water supply outlook, NRCS explains most annual streamflow in the western U.S. originates as snowfall, which accumulates in the mountains during winter and early spring, and as snowpack accumulates, hydrologists begin to estimate the runoff that will occur when it melts.

“Measurements of snow water equivalent (SWE) at selected manual snow courses and automated snowpack telemetry (SNOTEL) sites, along with precipitation, antecedent streamflow and indices of the El Niño/Southern Oscillation are used in computerized statistical and simulation models to prepare runoff forecasts,” reads the report. “Unless otherwise specified, all forecasts are for flows which would occur naturally without any upstream influences.”

NRCS notes forecasts are by no means perfect. In fact, they explain streamflow forecast uncertainty arises from three sources – uncertain knowledge of future weather conditions, uncertainty in the forecasting procedures and errors in the data.

Therefore, it is important individuals interpret these forecasts as a range of values with specific probabilities of occurrence instead of a single value.

“For example, there is a 90 percent chance the actual flow will be more than the 90 percent exceedance probability forecast. The others can be interpreted similarly,” NRCS adds.

The report further notes the wider the spread among these values, the more uncertain the forecast will be. As the season progresses, forecasts will become more accurate, primarily because a greater portion of the future weather conditions become known.

The NRCS notes SWE across the state of Wyoming for the first month of the year is forecast at 120 percent of the median.

Reservoir storage for the entire state of Wyoming averaged 81 percent of median.

Reservoirs in the Snake River Basin reported numbers far below the median at 28 percent.

Reservoirs in the Wind River, Belle Fourche, Tongue River and Lower North Platte basins were near median at 99 percent, 96 percent, 104 percent and 95 percent, respectively. The Buffalo Bill Reservoir on the Shoshone River also reported numbers near median at 102 percent.