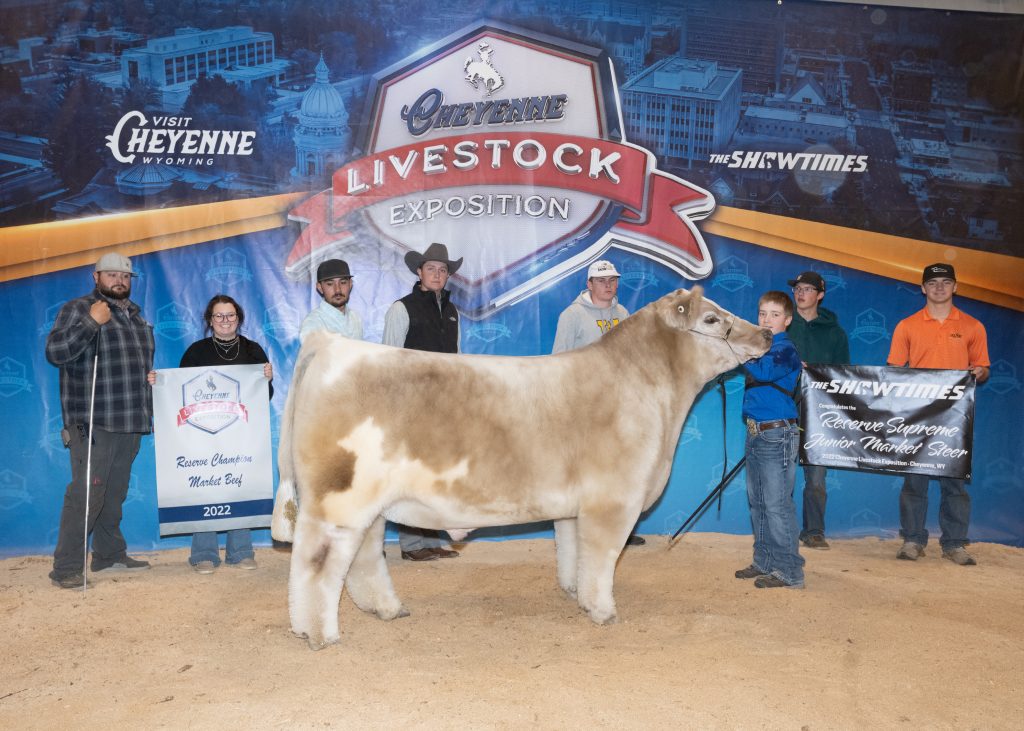 Cheyenne – The Cheyenne Livestock Expo, formally known as the Great Northern Livestock Exposition (GNLE) was created by ranchers, for ranchers and took place on Nov. 12-27 at the Archer Events Center.

The event hosted roughly 550 exhibitors and several vendors from across 24 states.

The event featured open and junior beef cattle breed shows with cattle stalled and shown under the same roof.

In the Junior Showmanship Finals, Ben Spencer of Gibbon, Neb. and Jake King of Cope, Colo. were announced as the winners. Daniel Young and Reese Lock won the Intermediate Finals Showmanship. In the junior showmanship, Miller and Fox were named champions.

In the showmanship finals senior division, Bremer and Voloshin were crowned winners. In intermediate showmanship, Scasta and Zaliana Fisher of Omaha, Neb. were the winners.

In the Sheep Showmanship Finals, Wyatt Nixon of Devalan, Wis. and Jayde Perea of Estan-cia, N.M. won the senior division. In the intermediate division, Regan Allen of Cheyenne and Brecken Nelson of Tribune, Kan. were named champions. In the junior division, Tayah Winden of Hudson, Colo. and Makayla Curless of Cheyenne won, and Mile Burch of Seward, Neb. and Kason Bowman of Pine Bluffs won the pre-junior division.

In the Swine Showmanship Finals, Ellie Davis of Frankton, Colo. and Aspen Jagers of Scottsbluff, Neb. won the senior showmanship, and Brynnli Coryell of Burlington, Colo. and Addison Hodgson of Greeley, Colo. won the intermediate showmanship. In the junior division, Alex Long of Lewiston, Mont. and Tinley Barnes of Banner won, and in the pre-junior showmanship, Andrew Moe of Bruce, S.D. and Braden Vetter of Carpenter were crowned the champions.

“It was a big improvement compared to last year,” said Bauman. “We had way more animals here. We added breeding does, ewes and hogs but basically our numbers were all up.”

“We’re coming along and we changed some things compared to last year, but overall, we had a lot of enthusiasm and a lot of positive feedback on the event,” he shared.  “We’re looking forward to continuing the event in years to come.”