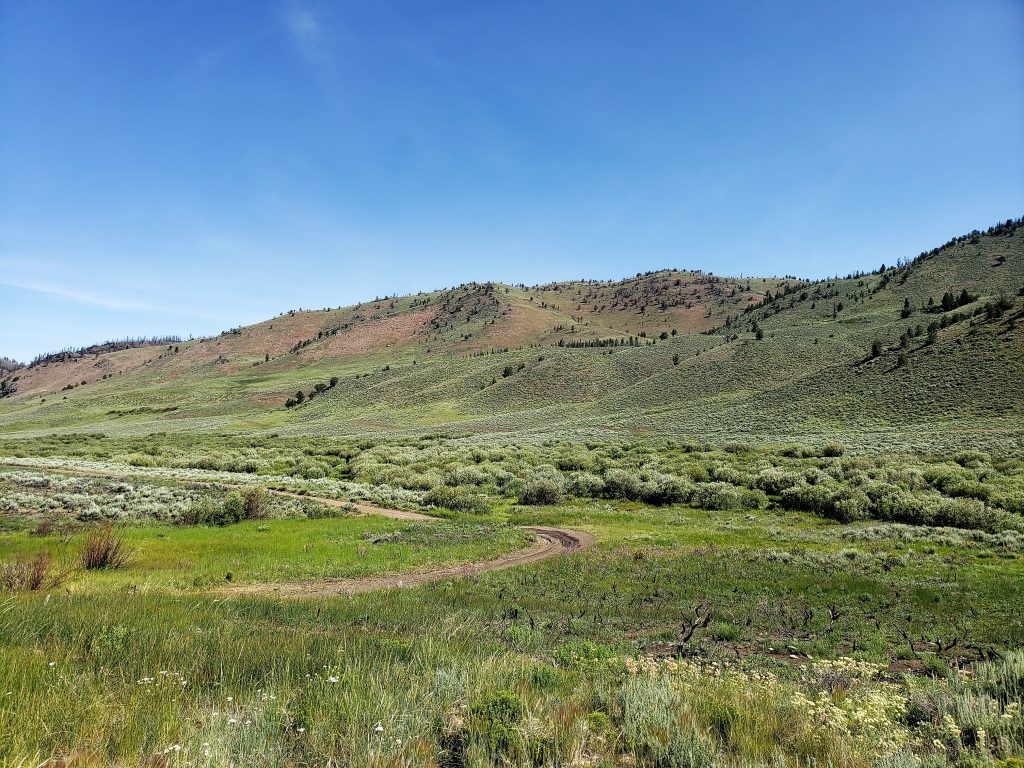 Joe Parsons has been involved with the Saratoga, Encampment, Rawlins Conservation District (S-E-R CD) for roughly 10 years. Prior, he worked with the Greater Sage Grouse Initiative which was a partnership position between Rocky Mountain Bird Observatory, Natural Resources Conservation Services and the Wyoming Game and Fish Department (WGFD).

“Working in this role was a really good starting position which turned into working for the conservation district and ultimately becoming a district manager here for the district,” he shares.

He notes COVID-19 greatly impacted their school visits in the Rawlins area, but education and natural resource projects are a large focus of their district, specifically in Encampment and Saratoga.

“It’s been a wild ride after COVID-19. We were still doing projects during COVID-19, but it was really hard to get contractors and materials, so this year has been a wild summer,” he says.

The district recently hired Justin Stern to oversee the Natural Resource Education Program and serve as the water resource specialist and education coordinator.

“He does natural resource education – everything from water quality to ag days to where food comes from – classroom-type work with mainly elementary grades. We’re working on getting him into high school FFA and 4-H classes as well,” shares Parsons. “Education is one of the strongest programs within the conservation district,” he notes.

From a project and resource side, S-E-R CD has a handful of water development projects benefiting wildlife and livestock operations – from ponds to range developments, wells and off-site tanks.

The district is currently in various stages of planning projects on the North Platte River, including a large bank with stabilization and fish habitat project.

“Optics are high on it and it’s a pretty big project – the river has some really unstable banks threatening to take out some irrigation structures as well as irrigated hay meadows,” says Parsons. “By stabilizing several of those banks, we’ll be able to provide some longevity for some of the operators down there.”

In addition, the conservation district has 12 miles of friendly wildlife fence conversion projects focusing on mule deer and pronghorn migration on both public and private lands.

“The district is doing a total tear out and rebuild. When a lot of the fences were put into this country, it was sheep country back then with woven wire on the bottom and two to three strands of barbed wires on the top – it was the norm and most of these stretches of fence have reached their end-of-life expectancy. We don’t need the woven wire anymore with most of our producers being cattle operators, so we’re taking all of that out and putting in new,” he says. “With supply chain issues, it has been an undertaking and a half – just keeping contractors and materials.”

This year, two spring development projects took place within the district – one was a well and another one was a spring. The conservation district is looking forward to continuing its work on multiple projects.

“We work on everything and anything related to natural resources, from forestry to mineral development, to agriculture, water and wildlife, federal land use policy – anything consistent with our statutory authority affecting the tax base that is natural resource oriented, we’re involved in some level,” Hicks says.

On an annual basis, the district routinely does about $1.5 million a year of small water projects with the state of Wyoming Water Development Commission, $1.25 million for environmental impact statement and watershed plan for another agriculture reservoir, $4.5 million appropriation through the joint chief program to implement fuels, vegetation and natural resource projects and $7.7 million appropriation for yearly regional conservation partnerships.

“That’s just a part of it – just starting to scratch the surface of what we have agreements with,” he shares. “We have numerous agreements with the Wyoming Wildlife Natural Resource Trust Fund, U.S. Fish and Wildlife Service, WGFD and Bureau of Land Management working on migration corridors, crucial winter range and habitat work with those entities,” says Hicks.

“I have the best job in the state of Wyoming,” he mentions.

“Our district is now combined of both Carbon and about 25 percent of Sweetwater County, so we’re a bi-county conservation district – only one in the state of Wyoming I’m aware of that have that kind of relationship where the conservation district crosses into two different counties,” he concludes. “Most of the work we do is to address natural resource issues – primarily agriculture, but we try to protect the tax base, to work on, protect and develop our natural resources.”