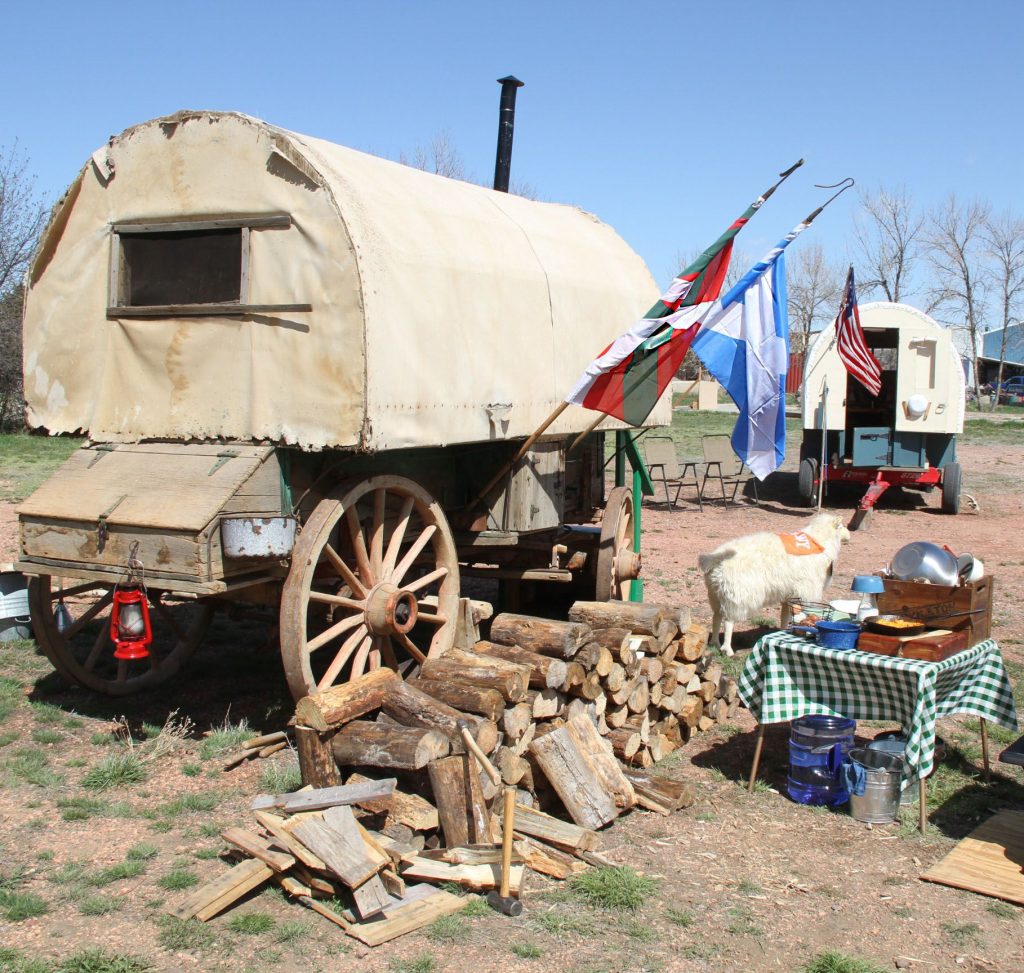 Sheepherders of all kinds were welcomed to the event, and the general public was encouraged to attend and learn more about the history of the sheep industry in Wyoming.

Museum Educator Stephan Zacharias said the event focused on educating people on the Basque culture, as well as the Scots and the Quechua herders from South America.

“The way it works in our region of the Big Horns is the Scots came as herders before the turn of the 20th century. By pre-World War I, the Scots were ranch owners and had their own flocks, and so they started hiring the Basque people to be the herders,” he said.

Zacharias mentioned in today’s modern era, the Basque people in Johnson County and southern Campbell County are hiring shepherds from South America, mostly from Peru, Ecuador, Bolivia and Chile, with Peruvians being the dominate herders in Wyoming and Colorado.

Wyoming is the fourth state for wool production in America, according to Zacharias, but he feels many Wyomingites aren’t aware of the sheepherding history and the daily practices sheepherders use in the state.

“I felt this event was a way to challenge peoples’ perceptions of what a sheepdog is,” he said.

Michelle Miller presented multiple working dog demos throughout the event with her dogs and sheep. Viewers were able to understand what a sheepdog actually does and the importance of having a well-trained dog on an operation.

Zacharias also mentioned people often see a sheep wagon and consider it to be a piece of history from a long time ago, assuming it is no longer used.

“I run into many people who see a wagon and think it’s a pioneer wagon, but there’re still people using these wagons and doing this kind of work in Wyoming,” he said.

Carolina Noya, goat herder, said the event was a great opportunity to help people understand sheep wagons are still utilized in the present day by many Wyoming herders, like herself.

“I wanted to show and share with people there are still herders out there living with their herd,” she said.

Noya brought a wagon she uses during the year to showcase during the festival. She spends much of her time in this wagon at the foot of Devils Tower and throughout northeastern Wyoming while she works.

“The wagon I brought with me is the wagon I live in six months out of the year,” she said.

Noya uses her goat herd to graze noxious weeds, such as leafy spurge.

“I live in this wagon so I can herd the goats to the areas needing grazing,” she said. “Because of the predators, I have to be with the herd day and night.”

Workers bed down the herd at night and keep the goats within a portable electric fence to ensure they’re safe, Noya said. This also helps the guardian dogs protect the herd.

Noya mentioned grazing animals are giving back to the environment, and events like this showcase the importance of grazing animals. She is aware of what the West would look like without these animals.

“I believe this land here in the West is not suitable for farming, but perfect for a migrating animal to graze the forage, aerate the soil with their hooves and fertilize the land with their manure,” she said. “The animals can utilize what grows there and produce delicious protein we can utilize in the form of lamb chops.”

The festival helped the public understand what a sheepherder does and what their lifestyle looks like.

“I hope to show people this side of a herder’s life,” shared Noya. “We are not only herding to produce meat and fiber, but in the process, we improve the soil and land. It’s a win-win for everybody.”