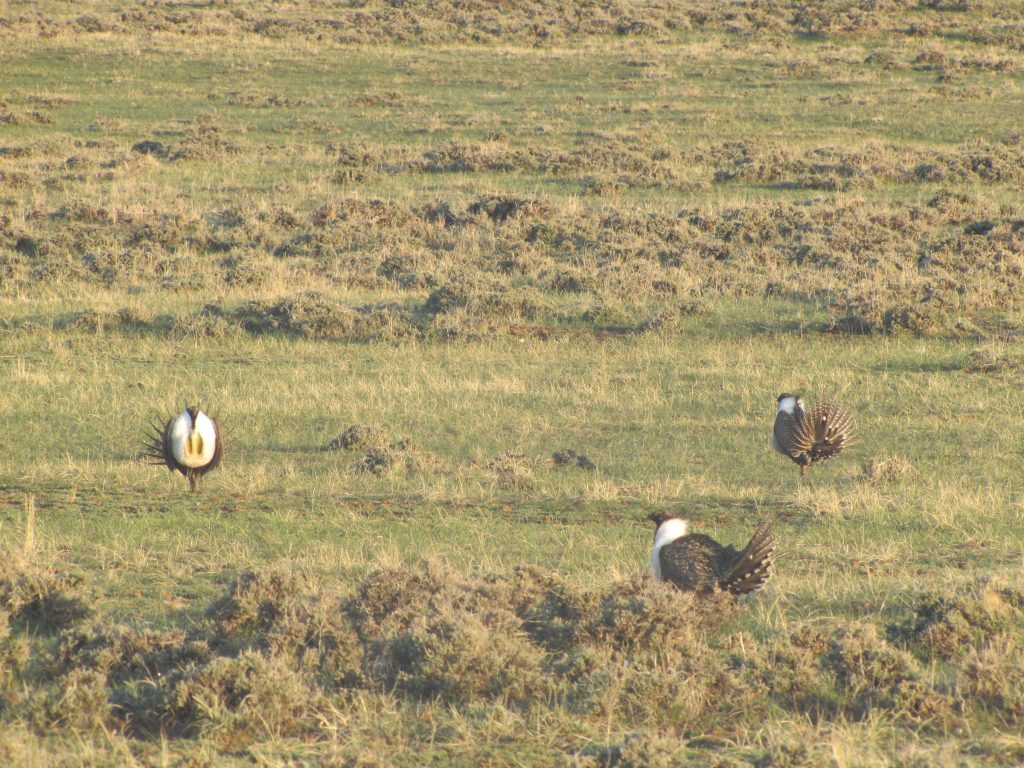 On March 3, the House placed the bill on General File – pending further legislation consideration in Committee of the Whole; passing the Travel, Recreation, Wildlife and Cultural Resources Committee with nine ayes and zero nays, excused, absent nor conflicts.

For several years, sage grouse management has been a topic among many, especially throughout the West.

Wyoming-native Diemer True is the president of the Western States Sage Grouse Recovery Foundation. He formerly has served the Wyoming legislator for 20 years and has been involved in republican party politics since he was 17 years old, he shares.

“One of the big elephants in the room for the future of Wyoming’s economy is the potential of the Greater sage grouse being listed as an endangered species,” shares True. “In a 2016 study, listing the bird as endangered would cost western states roughly $5.6 billion in lost economic activity annually. So, in considering this loss, there are a number of ways to avoid having the species listed.”

Protecting habitats is one way, but another way is to raise the bird in captivity, he explains.

“I’ve been an avid bird shooter for many years, and I used to own a commercial game bird farm and raised primarily pheasants and chukars,” True says. “Roughly five years ago with the overwhelming support of positive votes in the Wyoming House and Senate, legislation was passed allowing the gather of wild eggs – to raise birds in captivity.”

In 2021, the foundation was successful in gathering over 100 eggs and to date has successfully raised 51 birds.

“One of the misunderstandings is the foundation is not set up to study the best way for the birds to be released. This is an entirely different scientific endeavor,” shares True. “The foundation is a single purpose foundation, and the reason the legislation is before the body now is because of a five-year sunset clause [provision of a law which will be automatically terminated after a fixed period].”

It’s important to note this last year has been, by any measure, a qualified success. Further research into sage grouse reproduction in captivity is needed – this will hopefully happen once the legislation adjourns, he says.

“Being able to raise the bird in captivity and preserve the species is an additional arrow in the quiver to avoid the listing of the species as endangered, and there are a number of examples of this,” he notes.

Similar practices and concepts have taken place to avoid listing of the black-footed ferret, California condor and Peregrine falcon, he shares.

“We’re not opposed to the habitat approach, as there has been millions of dollars put into this, but we feel as a private endeavor we have a truly philanthropic effort, because we want to preserve the bird,” he says. “The combination of the two practices – captive raising and habitat practices make it very unlikely the sage grouse would get the designation of endangered.”

Some concerns have been voiced over avian disease caused by bird farms, but required biosecurity practices are sufficient to manage disease, True explains.

Under Wyoming Game and Fish Department (WGFD) Chapter 60 regulation governing sage grouse raised on private game bird farms, “Release of sage grouse and release methods shall only be permitted through coordination with the WGFD. The Commission may restrict areas of the state from sage grouse release to protect wild populations of sage grouse.”

“The permit now is for raising captive sage grouse, with the purpose to create a self-sustaining captive raised population. Any release would require additional approval on behalf of the WGFD,” says WGFD Public Information Officer Sara DiRienzo. “The WGFD role is to provide information to the legislature about the project, sage grouse in general and the impact it could have on the department and Wyoming.”

It’s important to note, grazing has the potential to be greatly impacted if the sage grouse is listed, True concludes.

“It’s a positive effort for the ag community, we work through captive raising and the habitat,” True says. “We’re trying to do what’s right for the bird and for the state.”

We Appreciate Their Work »
« Hendrickson set to retire