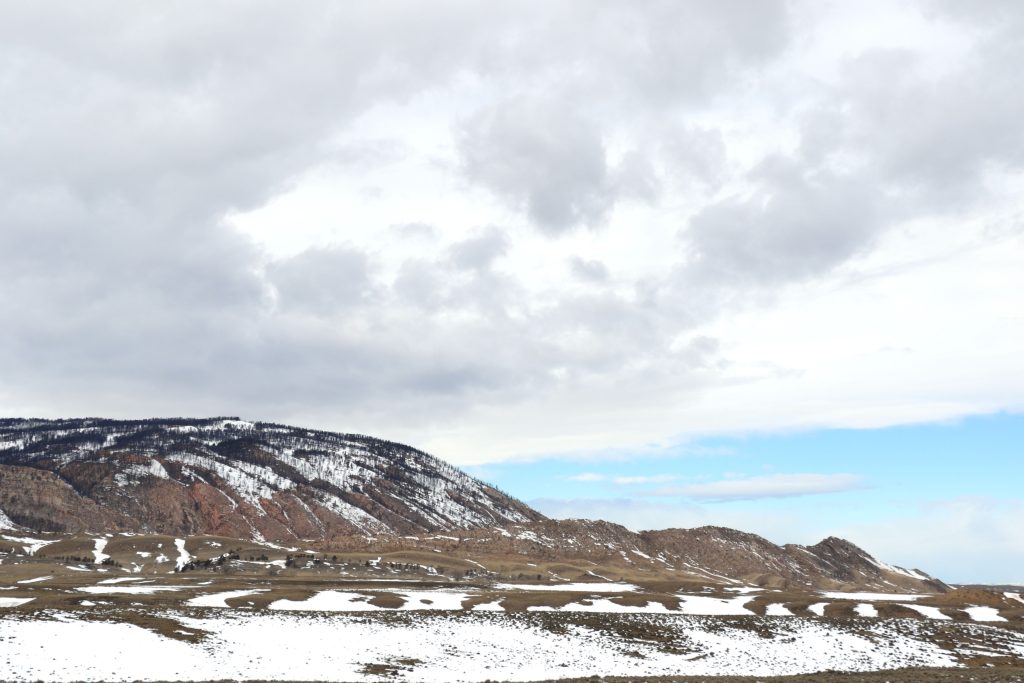 Cheyenne – The majority of the state has experienced little snowpack and increased drought conditions. This has left many wondering what is in store for the spring of 2022. Don Day, president and meteorologist at DayWeather, Inc., shared his predictions for summer 2022 and his insight on what can be expected from current weather cycles.

“The outlook for Wyoming and this region for March and April is expected to be colder than normal,” shared Day.

In the next couple of weeks, the state is expected to experience a colder and stormy pattern, he noted.

“When I talk cold, I’m not talking as cold as it was previously when it was below zero, but this time of year is when the average temperatures start to go up,” he continued. “The state is going to experience some colder, more winter-like episodes in the next eight weeks.”

“The bad news is we should plan on a little bit more of a chilly spring at the start of it, the good news is more storms are expected to pass through – bringing precipitation to much of the state,” he said.

Day predicts snowpack around Wyoming will be getting a boost in the coming weeks, as there hasn’t been much precipitation in the last couple of months. In addition to snowpack in the mountain regions, the plains are expected to see increased precipitation, said Day.

“Some of the precipitation will be in the form of white stuff which never makes anyone happy, but in the spring you kind of have to live with the bad coming with the good,” he joked.

“If the state does trend colder than normal and gets the precipitation coming with it, this will keep soil temperatures down, so for planting and germination, expect this to be a little bit later this year,” he noted. “This year’s planting season will also depend on what part of the state producers are from and will be dependent on types of crops being planted, but as a whole, the planting season will be a week or two behind compared to last year.”

The last couple of springs have been drier and warmer than normal, but this year will be different, he shared.

Current weather patterns suggest the summer of 2022 will not be as hot as the last two summers, he shared.

“The last two summers have been pretty warm with hotter temperatures, but I don’t see this summer being as hot,” Day added. “From a temperature standpoint, June through August is not going to be as hot as it has been in the last two years.”

He shared, he doesn’t see signs of the drought worsening, but it will be important for the state to receive precipitation this spring.

“Between spring and summer, the overall trends of the weather patterns are better than the last two years, whether or not it’s going to be enough to get the state out of drought status – we are going to have to wait and see. But, the weather pattern looks to be better, as compared to getting worse,” Day explained.

“Within the last couple of months, the only parts of the state seeing adequate or near the 30-year average has really been in the southeast part of the state around Laramie and Cheyenne and maybe up to the Casper area,” he shared. “The rest of the state for January and February has been pretty dry.”

It’s important to note, January and February are the two driest months on average – the state doesn’t normally see a lot of precipitation.

“Yes, it has been pretty dry, but at the same time it’s not really out of character for these types of weather patterns during January and February,” said Day.

For Wyoming, the four wettest months of the year are March through June and average precipitation goes up considerably during this time, he shared.

“We’re entering the four most important months of the year in terms of Wyoming precipitation – starting with the snowpack building at the end of the snow year in the mountains and then with spring moisture reaching the plains,” Day continued.

If the state does not get adequate precipitation in March through June, the rest of the year will be difficult to play catch up, in terms of recovering from drought and having adequate moisture.

There are three main things Day and his team look at when predicting future weather forecasts. They pay close attention to solar and ocean cycles. With the ocean cycles, they focus on where the weather patterns are in regards to La Niña and El Niño – is the pacific cold or warm, he explained.

“An El Niño means the sea surface temperature between South America and northeast of Australia is warmer,” he explained. “When the water temperatures in the tropics are warmer, there is more water in the air – making it rain and snow.”

“A La Niña is just the opposite – colder water, not as warm near the tropics with less water going into the air. This tends to make North America and parts of South America have a drier weather pattern,” he continued. “These cycles alter all of the time and are a big weather maker for the western U.S.”

He noted for the past two years, weather patterns have been in a La Niña phase where the colder temperatures in the water have made it drier. This type of weather pattern doesn’t usually last for longer than two years, he added.

In addition to solar minimums and maximums, the team also takes a historical approach to forecast the weather.

He continued, “It’s a mixture of techniques to forecast the weather and we utilize all three techniques.”

Day tells folks to “pay very close attention this spring and summer to what is going on in the Pacific, meaning we have been in a La Niña pattern the last couple of years. In order for drought conditions to improve, for not only Wyoming but for the rest of the western U.S., we need the La Niña to go away – this is part of the forecast and we predict it will.”

“If we find ourselves in May and June and it’s not raining or snowing very much, it will likely be connected to La Niña,” he concluded. “We don’t expect it to, but if it sticks around, then the forecast will change considerably. We are confident better weather conditions are lining up.”