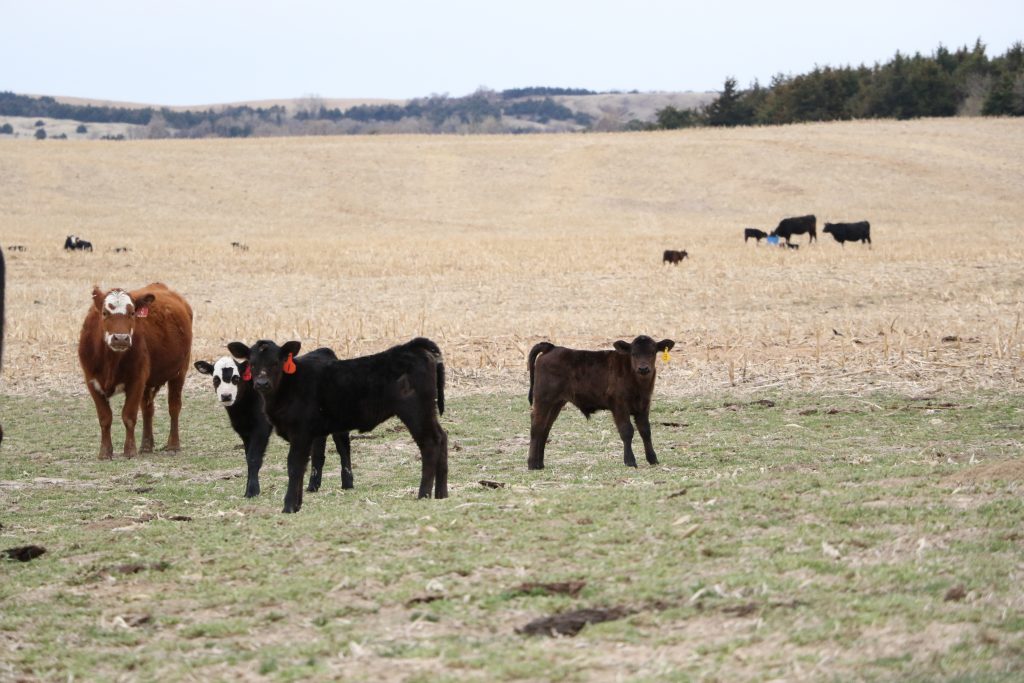 It is often thought cattle with good maternal traits will not raise calves with decent carcasses, and cows who raise quality terminal calves don’t mother their calves well. However, this theory has recently been put to the test.

Owner of Dalebanks Angus Ranch located in Eureka, Kans., Matt Perrier, has worked hard to collect data for the Angus breed over a couple decades. Perrier sends his breeding records and data to the American Angus Association (AAA) to find fertility tools which predict maternal traits.

Dalebanks Angus Ranch believes Angus cattle are exceptional when it comes to the money making genetic traits, such as reproductive efficiency, performance and end-product merit. The ranch’s goal is to produce bulls that simultaneously excel in all traits.

“This goal may not result in one elite trait,” shares Dalebanks Angus Ranch. “We believe this balance enables our customers to achieve long-term profitability.”

Ensuring heifers and cows get bred is a crucial step for all cattle producers. Producers may lose large amounts of profit if many of their cows are open.

“If cattle don’t get bred, the quality of their expected progeny differences (EPDs) doesn’t matter,” shares Perrier. “Essentially, this tells me anytime producers can collect data for a profit driving trait, they absolutely should. It’s actually a no brainer.”

He continues, “I have been working with the AAA for decades. I send my breeding records to them and they provide me information about my cows’ genetics. This data holds high value to me, and through this data, we have proven through the years it is possible to obtain large amounts of solid data which contains a large volume of information.”

“Even on low to moderate heritability traits, like fertility, we are able to move the needle,” Perrier states. “The data comes from all environments and all the producers which send AAA data from their herds, resulting in the ability to provide the most value for EPDs and genetic predictions.”

Producers don’t need to compromise one trait in order to excel in another. At Dalebanks, Perrier works hard to produce cattle with high maternal traits and good carcasses.

“It’s definitely not easy to make sustained progress in multiple traits at one time,” notes Perrier. “I don’t believe in the theory of either having high-quality carcass cattle with poor maternal instincts or high maternal cows which don’t grow or grade. I think producers can achieve acceptable ratings, or even above average ratings on both levels.”

He adds, “However, I do believe if just one of these traits – maternal or carcass value – is picked and the other is forgotten about, there is absolutely no doubt the producer will end up with one without the other.”

“Each year, I look at the market signals, my herd data and my customers before I begin the lengthy process of selecting sires,” Perrier says, noting he believes by monitoring economically important traits, he can continue to move his operation in the right direction.

“We should recognize how powerful mother nature and the environment can be,” Perrier shares. “Producers can get themselves in a lot of trouble if they try to use technology to overcome mother nature completely – ranchers can’t feed their way out of problem cattle to cover up bad genetics.”

While Perrier’s goal at Dalebanks Angus is to produce a quality maternal program, he makes sure not to ignore traits like marbling.

“One thing we have really tried to accomplish is putting selection pressure on both maternal and carcass traits,” Perrier concludes. “We strive to have cattle that have good calf fertility, early breed back, low nutrition amounts and acceptable performance while still having above average marbling, ribeye area and performance. This takes tremendous amounts of work and focus, as well as intense studying of previous genetic data.”

Madi Slaymaker is the editor of the Wyoming Livestock Roundup. Send comments on this article to roundup@wylr.net.