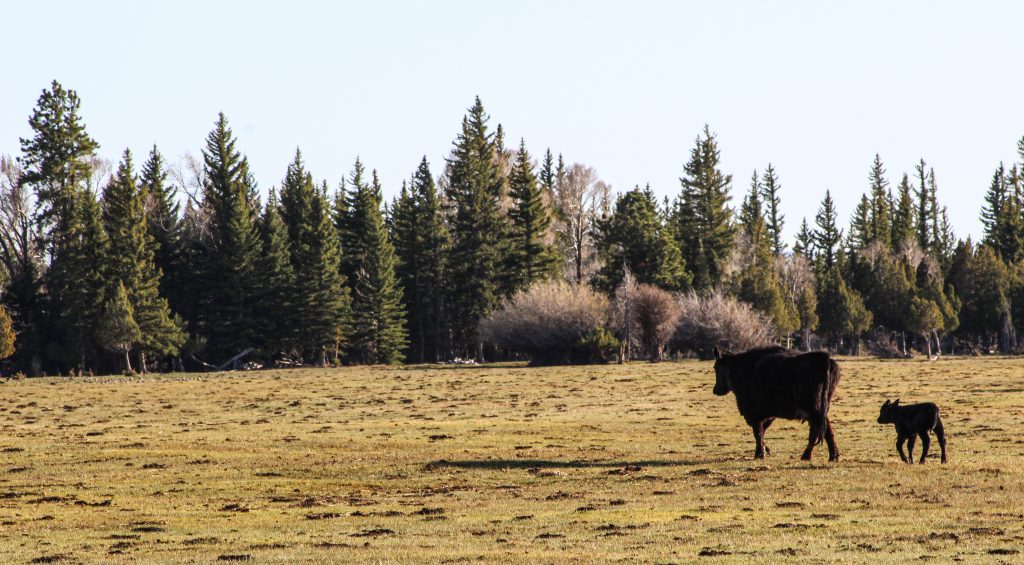 One of the busiest times of the year is quickly approaching for producers with spring calving herds, and as the season grows ever nearer, Dr. Gregg Hanzlicek, director of production animal field investigations at the Kansas State University Veterinary Diagnostics Lab, notes there are a few practices producers should keep in mind to help them be successful.

During a recent episode of KSU’s Agriculture Today podcast, Hanzlicek offered suggestions on how to prepare cows for the upcoming spring calving season.

One of the most important aspects of a successful calving season is proper late-term nutritional management.

“During the last trimester, tissues such as the fetus, placenta, uterus and udder are growing very rapidly. At the same time, a cow’s ability to eat is decreasing because as their calf is getting bigger, the rumen has less room,” explains Hanzlicek.

“Also, in the third trimester, the metabolic demands on a cow are 10 times greater than they were when they were four months pregnant,” he continues. “Therefore, it is incredibly important for producers to have their forages analyzed and have a ration built to meet the needs of a cow in the last three months of pregnancy.”

In order to formulate a proper ration during late-term pregnancy, Hanzlicek says it is important for producers to first analyze body condition of their cattle.

“If our cows, in general, have a moderate body condition score (BCS) of five or six, we know they are on a good plane of nutrition, and we need to maintain our nutritional management strategy,” he says. “On the other hand, if the overall BCS of our herd is less than five or six, we are not meeting their nutrient requirements, and we might need to rethink our strategy.”

In this case, Hanzlicek suggests formulating a specific ration with higher amounts of metabolizable protein and net energy.

Along the same lines, Hanzlicek also notes the importance of mineral and vitamin supplementation during the third trimester.

Therefore, Hanzlicek says it is critical to provide quality mineral supplementation with the proper amount of magnesium. He also suggests producers check their mineral regularly to ensure cattle are actually consuming it.

“Most mineral supplements are designed for cattle to eat two to four ounces per day. Of course there is going to be some variation among individual animals, but producers should calculate how often they will need to replace their mineral using these numbers. And, if they go out and don’t have to replace it at that time, they know their cattle are not eating the amount they should,” explains Hanzlicek.

In addition to avoiding mineral deficiencies in cows, Hanzlicek says it is also a good time to prevent vitamin A and vitamin E deficiencies.

“A vitamin A or vitamin E deficiency will result in either weak or stillborn calves,” he states. “There isn’t a lot of research in regards to vitamin A and vitamin E deficiencies in beef cows, and for the most part they get adequate amounts in their normal diet but producers need to be aware.’

For those producers who are at least 30 days away from welcoming calves to the world, Hanzlicek says it is the perfect time to administer a scour guard vaccine as well as a seven-way clostridial vaccine.

“Antibodies will peak and cows will start making colostrum 30 to 45 days before they calve, so it is a perfect time for February and March calving operations to administer these particular vaccines,” says Hanzlicek, noting the vaccines will make colostrum much higher quality by loading it with helpful antibodies, and calves will gain passive immunity to many common diseases upon consuming it.

“We realize some producers worry about running their heavily-pregnant cows and heifers through the chute, but cattle are sturdy and working them slowly and quietly will not cause a late-term abortion,” he adds.

In addition to preparing cattle for calving, Hanzlicek notes producers also need to be ready when calves finally hit the ground. This entails having everything ready beforehand – tools, infrastructure, supplies, etc.

“One of the most important parts of calving is ensuring each calf receives colostrum within the first six hours of life,” he says. “Because some heifers and cows don’t produce enough colostrum, it is important for producers to have both colostrum replacement and colostrum supplement, as well as an esophageal tube feeder, on hand.”

Hanzlicek notes, while producers should have both on hand at all times, the distinction between replacement and supplement is important.

“Supplement contains half as many antibodies as replacement and should be used in conjunction with some actual colostrum, while replacement can be used on its own,” he explains.

Hanzlicek adds, “It is important producers do as much as they can in advance to cover all of the bases in order to prevent any problems come calving time. One of the most important things to do, if they haven’t already, is to get their local veterinarian on speed dial if they do happen to have any problems.”