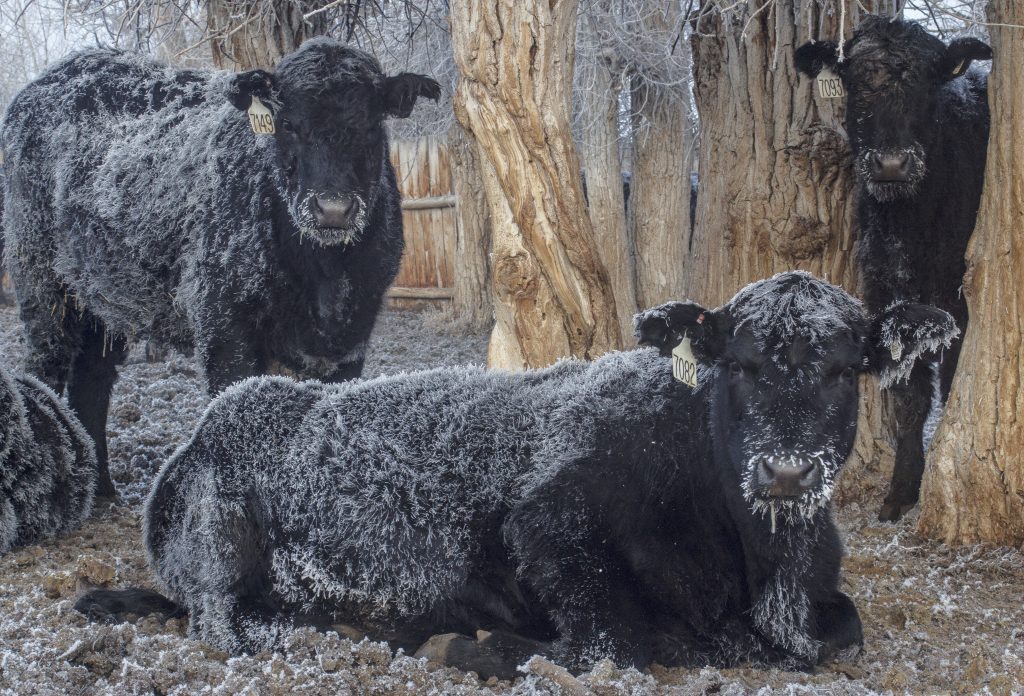 Those with spring-calving cows spend the winter months preparing their herds for calving, early milk production and the upcoming breeding season, while producers who calve in the fall are focused on maintaining their cows’ body condition so they can meet full lactation and breeding requirements.

While every cattle operation has their own unique needs, there are a few common management decisions which can increase profits during the winter months.

Experts in the beef industry agree monitoring body condition score (BCS) of cattle in any operation is one of the most important things to keep in mind during winter months.

“When monitoring BCS, we want to look at the shape of the top, spine appearance, cover through the brisket, over the ribs and in the flank,” Paisley explained, noting a moderate BCS of five or six on a scale of one through nine is ideal.

Despite a cow’s current BCS, Paisley also noted it is important to make sure cows are never trying to calve or breed back on a decreasing plane of nutrition.

Another important management consideration industry experts suggest is to test the forage producers will be feeding their cattle during winter months.

He notes accurately sampling and testing hay is the only way to get a real understanding of the nutritive value of feed and whether the particular feed is adequate for meeting the nutrient requirements in a herd.

According to Berger, feedstuffs should be tested for moisture, protein, energy, minerals and nitrates.

One of the largest expenses for most cattle operations comes from storing and feeding forage during winter months, and several studies across the nation have shown losses over 20 percent may occur as a result of poor management and feed handling. Therefore, avoiding losses is key.

When storing hay, the two experts suggest arranging bales in such a way to allow sufficient air flow, therefore reducing moisture accumulation, which may lead to spoilage loss.

They also encourage producers to feed hay off of the ground in bunks or hay feeders. When doing this, they note it is important to ensure each animal has enough space at the feeder to reduce competition and minimize trampled feed loss.

According to South Dakota State University Extension, for every one degree below zero, a cow’s total digestible nutrient (TDN) requirement increases by one percent. Wind chill, moisture and lack of sunshine can also contribute to increased requirements.

While cattle should be eating more pounds of feed and/or consuming a diet with a greater energy density during these months, producers can also help the situation by providing shelter or windbreaks.

A fifth consideration for producers when it comes to managing cattle during cold winter temperatures is to control both internal and external parasites.

Marston explains lice are a major external parasite, which should be controlled throughout winter months since scratching and hair loss may result in decreased BCS and performance.

“Lost income to parasite infestation has been estimated annually in the millions of dollars. Therefore, timely applications of parasite controls should be a priority item in every management plan,” Marston says.