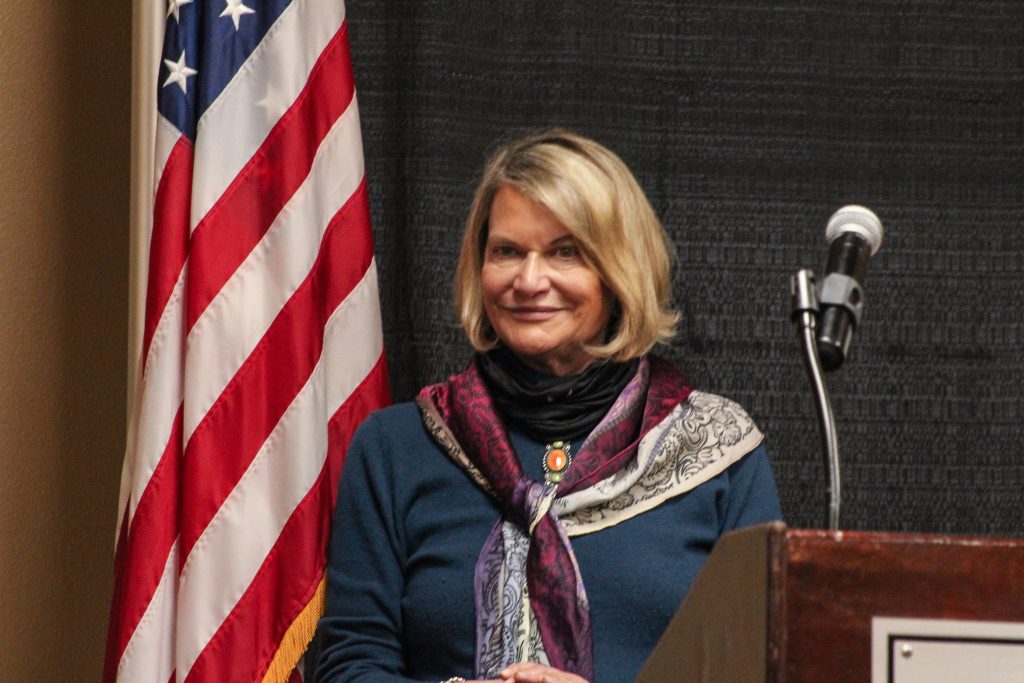 Amidst the ongoing COVID-19 pandemic, those in agriculture always seem to find a way to push through challenges and accomplish their goals. The Wyoming Stock Growers Association’s (WSGA) 2020 Winter Roundup Convention and Trade Show held Dec. 7-9, both in Casper and online, showed those who are willing to adapt will prosper.

Gordon addressed WSGA members virtually during the Dec. 8 banquet to provide updates from the Capitol largely focused on the state budget.

“In terms of the Wyoming Department of Agriculture, the budget is slim. But, there is $10 million set aside to support local processing facilities, and we hope to see some local processing in the near future,” he said, highlighting the First Lady’s initiative to make sure Wyoming-raised meat makes it on the plates of Wyoming youth.

Along with invasive species, endangered species and processing, Gordon shared looking at ways to get young producers into farming and ranching operations is on his radar.

“The average age of producers continues to rise, and we need to figure out a way to get more people on the farm or ranch and more successfully so,” he stated. “We will continue to work to make sure Wyoming agriculture is premier and find opportunities to get a new generation into production without too much debt.”

Lummis joined the WSGA banquet in Casper, applauding the organization for their work to protect the culture of agriculture through legislative involvement and the activities of the Wyoming Stock Grower’s Land Trust.

“Members of WSGA have long been the lifeblood of this state,” said Lummis. “WSGA is school board members, county commissioners, veterans, legislators and many more people important to our communities in Wyoming.”

“The work of WSGA and other agencies helped to keep sage grouse off the Endangered Species Act and was so significant in Wyoming’s ability to produce agriculture products and continue multiple use of public lands used for agriculture and other purposes,” she continued.

Lummis announced she has requested to serve on the Senate Environment and Public Works Committee to backfill the opening if Sen. John Barrasso (R-WY) moves into the Senate Energy and Natural Resources Committee because of the importance of both issues to the state of Wyoming. Her other committee requests are for the Senate Commerce Committee and the Senate Banking Committee.

As one of the first of her duties in the Senate, Lummis shared she has the opportunity to ask cabinet nominees questions, and she asked producers to send advice on which questions need to be answered for important issues regarding agriculture and the state of Wyoming. Questions may be directed to WSGA Executive Director Jim Magagna or her Staff Member Kate Barlow.

“I am hopeful for some bipartisan efforts,” Lummis added.

Boner, who currently serves as chair of the Senate Agriculture Committee, shared the committee has focused on the governor’s Invasive Species Task Force, as well as issues regarding the supply chain and meatpacking industry connecting producers to consumers.

“The pandemic has exposed a lot of weakness in society, the supply chain being one of them,” he stated. “Many Coronavirus Aid, Relief and Economic Security (CARES) Act funding has gone to processors here in the state to increase resilience of the system and, it benefits a lot of people. We are doing what we can to increase small to mid-sized plants around the state.”

Boner also discussed his idea for a new bill, which could help producers and business owners involved in agriculture work on projects benefitting the agriculture industry.

“One idea I am particularly interested in is the idea of a Wyoming Agriculture Authority, similar to the Community Development Authority or Energy Authority, as a one-stop-shop for advocating for Wyoming agriculture, which would also have the ability to issue revenue bonds.”

Rep. Zwonitzer, chairman of the House Revenue Committee, commented legislators are working all angles to resolve the revenue issues in the budget.

“Going into this year before the COVID-19 pandemic, we were 25 percent below the budget levels we had four years ago,” he said. “The easy way to think about this is we are running all of education and government on about 51 percent of the budget we had five years ago. Everybody in production knows this is not sustainable.”

Sen. Driskill and Rep. Laursen both reminded WSGA members although there will be trying times ahead, residents of Wyoming are still lucky and blessed to live in such a wonderful state.