Winter bull management: Specialist provides tips to manage bulls in colder weather and prepare them for the next breeding season 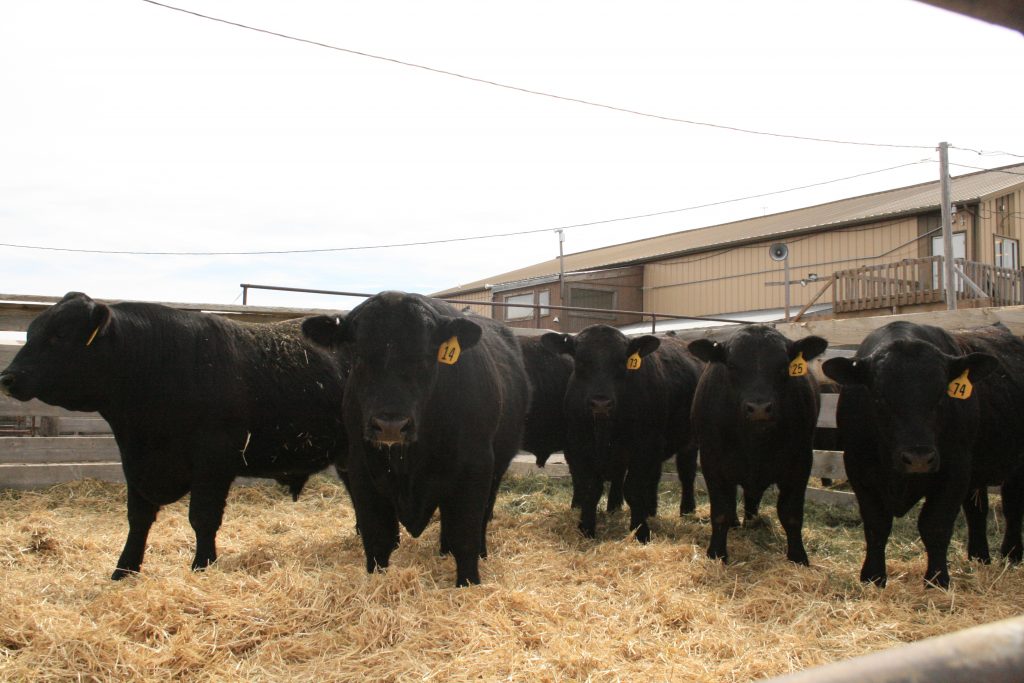 “Moving into winter management after wrapping up the breeding season is a great time to keep our bulls in mind and not throw them on the back burner,” says University of Nebraska-Lincoln (UNL) Beef Cow/Calf Extension Specialist and Assistant Professor Dr. Kacie McCarthy in the first of the UNL December Beefwatch webinar series dated Dec. 2.  “This is a great time to think about our winter nutrition and setting bulls up for success coming into the next breeding season.”

During the webinar, McCarthy explains the importance of bulls during the breeding season, considerations for winter nutrition, the impacts of cold weather on bull fertility and how producers can prepare bulls for the next breeding season.

McCarthy notes understanding the importance of bulls and bull fertility is critical to maintaining a productive and healthy herd.

“Bulls provide half of the genetics in our calf crops,” she explains. “Being able to manage bulls effectively as we move into the breeding season is important.”

She refers to a U.S. Department of Agriculture (USDA) study from 2009, which found bulls are highly utilized in most breeding programs or 87 percent of breeding programs. While some operations have changed since 2009, the importance of how producers manage during and after breeding season has not, she says.

“How we manage during and after the breeding season is critical to ensure semen quality, physical fitness and increasing genetics in the herd,” she adds.

A majority of bulls lose weight and body condition during their breeding season, McCarthy notes. Depending on the age and workload of bulls, weight loss could be upwards of 100 to 400 pounds during a breeding season.

“Workload, age, synchronization programs, pasture size and libido all play into the differences in the plane of nutrition for bulls overwintering,” she says. “Typically, this gives producers the opportunity to manage bulls separately after the breeding season and target the goals of different groups of bulls.”

Winter nutrition is critical for younger, smaller bulls in terms of reconditioning after the breeding season to prepare for the next year.

“It is really important to monitor young bulls and make sure they don’t lose too much weight and body condition,” McCarthy states. “Young and thin bulls can be separated and managed differently to make sure they keep growing to hit the goal of 65 to 70 percent of mature size by the next breeding season and to go into the breeding season at a body condition score of five to six.”

“A good mineral program is another important thing for producers to consider with winter bull nutrition for growth and performance,” she continues. “Selenium is critical for normal spermatogenesis, zinc plays a role in bull fertility and sperm motility and iodine has been shown to help alleviate foot rot.”

Meeting winter nutritional needs can help to curb some impacts of cold weather on bull fertility. But, McCarthy shares the number one cause of infertility from winter weather is blisters and scabs from frostbite.

“We know cold weather impacts fertility, especially wind chill,” she notes. “Tissue damage from cold weather will appear as discoloration, scabs or soughing on lower scrotal portions. If producers see tissue damage, they need to remember the spermatogenesis cycle takes up to 61 days.”

McCarthy adds, “If we have insult during the winter, the sperm made during the spermatogenesis cycle is going to be impacted.”

She recommends evaluating bulls with a breeding soundness exam (BSE), which will be critical to making sure semen is of quality and won’t further impact the herd in the next breeding season.

“To protect bulls from severe winter weather, particularly wind chill, providing shelter with plenty of space, windbreaks and bedding to protect from frozen ground is important,” says McCarthy. “We want to make sure to protect bulls from energy loss, maintain their body heat, protect reproductive tissues and make sure not to freeze the scrotum.”

Producers should consider a BSE on each bull 30 to 60 days before the start of the next breeding season to make sure bulls are effective or to allow time to find another bull and resolve any other issues. The same USDA survey McCarthy mentions earlier showed 57 percent of operations purchasing bulls had a BSE conducted on newly introduced bulls, while only 17 percent of cow/calf operations had a BSE done on bulls already on their operation.

“This is a great opportunity to conduct a BSE to check bulls and identify any sub-fertile bulls,” she notes. “We can identify these bulls, even after the breeding season, especially if producers have seen low pregnancy rates.”

A BSE consists of a physical exam checking eyes, feet and legs, scrotal circumference relative to age and sperm motility and morphology. Tests are typically recommended four to six weeks prior to turn out for breeding, but McCarthy shares reconditioning bulls after injury from cold weather can improve tests.