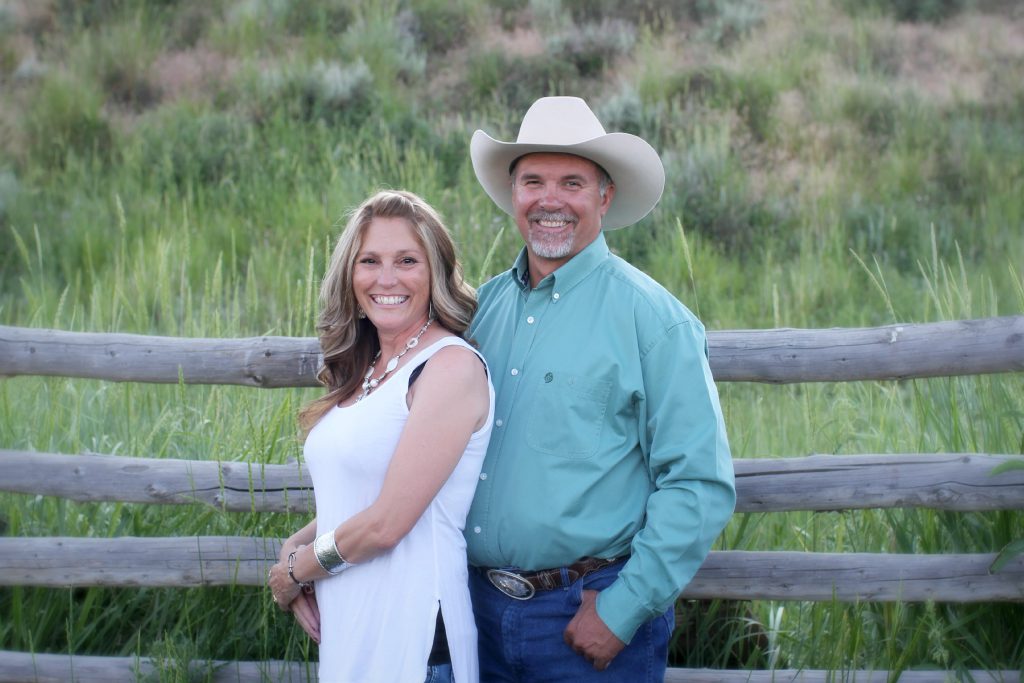 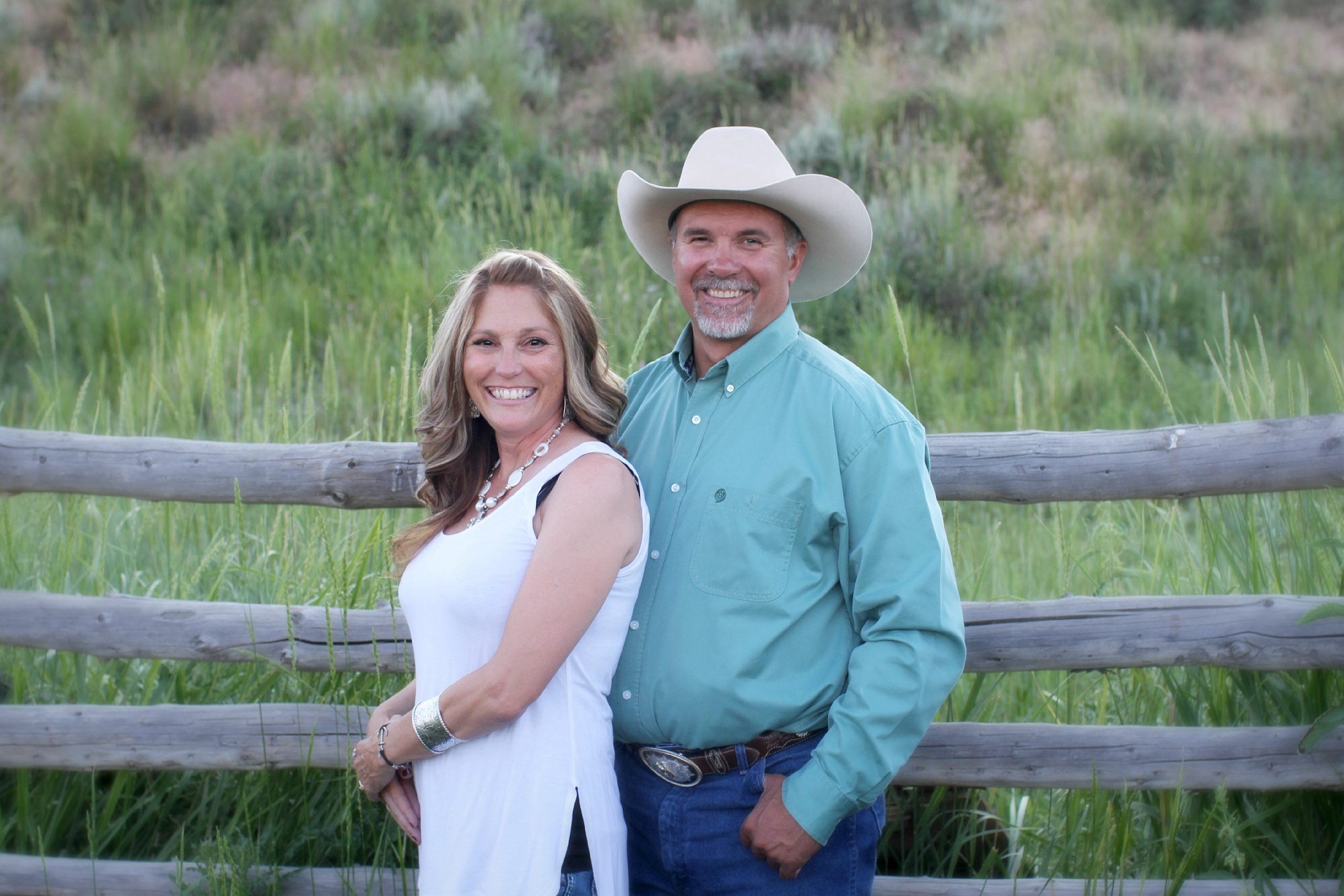 Evanston – Shaun and Lacee Sims are no strangers to the agriculture industry in the state of Wyoming. The couple has served in a wide array of capacities in the organizations that support Wyoming production agriculture, and they are also active in their community.
“Shaun and Lacee have a true commitment to Wyoming’s agriculture that exemplifies the requirements and expectations of the Wyoming Agriculture Hall of Fame,” says Amy Hendrickson, executive director of the Wyoming Wool Growers Association. “They have served as educators, mentors and leaders on a variety of important issues affecting Wyoming’s agriculture industry, and their example of true leadership serves as a model for others.”
Agriculture industry
Shaun and Lacee have taken their commitment to agriculture and extended it beyond just their local area to the state and national levels.
In 2009, Shaun was appointed to his first term on the Wyoming Board of Agriculture.
“I had the pleasure of serving and working with Shaun on the Wyoming Board of Agriculture for over five years,” says Patrick Zimmerer, chair of the Wyoming Board of Agriculture in 2013-14. “During that time, Shaun took leadership on my board activities and projects.”
Governor Matt Mead appointed Shaun to a second six-year term in 2015.
Conservation work
On top of his work on the Board of Agriculture, Shaun is actively involved in work with conservation districts.
“Shaun has been a Uinta County Conservation District supervisor since 2001,” the Sims’ nomination reads. “Shaun was elected president of the Wyoming Association of Conservation Districts in 2010. He works tirelessly to address the needs and represent the issues of its 34 conservation districts, as the landscape for each district differs from the next.”
In his capacity as WACD president, Shaun attends all conservation district area meetings and travels around the state discussing both state and national association activities.
In 2013, Shaun extended his involvement in conservation work when he was elected to the National Association of Conservation Districts (NACD) Executive Board, representing the southwest region. Also at NACD, Shaun chairs the newly formed Public Lands Committee and serves on the Natural Resources Policy Committee.
Through her lens
While Shaun is busy at a variety of board meeting and events, Lacee has maintained an equally strong presence in the Wyoming ag industry.
Lacee started het photography business, Leather-N-Lace Photography, in 2005.
Zimmerer comments, “Lacee tells and advocates the story of Wyoming agriculture through her lens as a photographer and through social media, telling and highlighting the importance of Wyoming agriculture to a broad audience of followers.”
In 2012, she earned her Masters of Beef Advocacy through the National Cattlemen’s Beef Association, and she has continued her leadership in the beef industry in the state.
Lacee then jumped into state leadership when she was appointed by Wyoming Governor Matt Mead to serve on the Wyoming Beef Council this past year.
The Sims’ nomination noted, “Lacee is committed to making a difference in the world of production agriculture. She spends a tremendous amount of time helping Shaun on the ranch and, in addition, has worked with both small and large animals for 24 years as a veterinary technician.”
“Lacee has volunteered with the Living Legacy Program and through countless workdays through the years,” Zimmerer mentions.
In the community
“Shaun and Lacee are very active with local schools and conduct outdoor conservation workshops and guided tours of their ranching operation and wind turbine facility,” continues their nomination. “Students are able to learn about the importance of agriculture in providing food and fiber, conservation of natural resources to ensure a sustainable food supply and the environmental benefits of renewable energy.”
On top of allowing students to tour to their operation, the Sims’ have also hosted the Wyoming Ag in the Classroom Educator Institute, bringing over 30 educators from across the state.
Local government also hits the top of the priority list for Shaun and Lacee. Shaun serves on the Lincoln-Uinta County Coalition of Local Governments, which allows him the opportunity for input on federal land management issues.
Strong partnership
“Together, Shaun and Lacee are a couple who encompass all aspects of Wyoming agriculture through leadership, advocacy and passion for Wyoming agriculture,” Zimmerer comments. “They serve as role models and stewards of our industry and will continue to do so for life.”
Shaun and Lacee will be inducted into the Wyoming Agriculture Hall of Fame, along with Wayne and Kathy Tatman of Lingle, on Aug. 12 at the Chesapeake Energy, Farm Credit Services of America and Wyoming Livestock Roundup Ag Hall of Fame picnic. The event will be held beginning at 5:30 p.m. at Riverside Park in Douglas.
For more information on the picnic, call 307-234-2700.
Saige Albert is managing editor of the Wyoming Livestock Roundup and can be reached at saige@wylr.net.