One female dog in whole town… 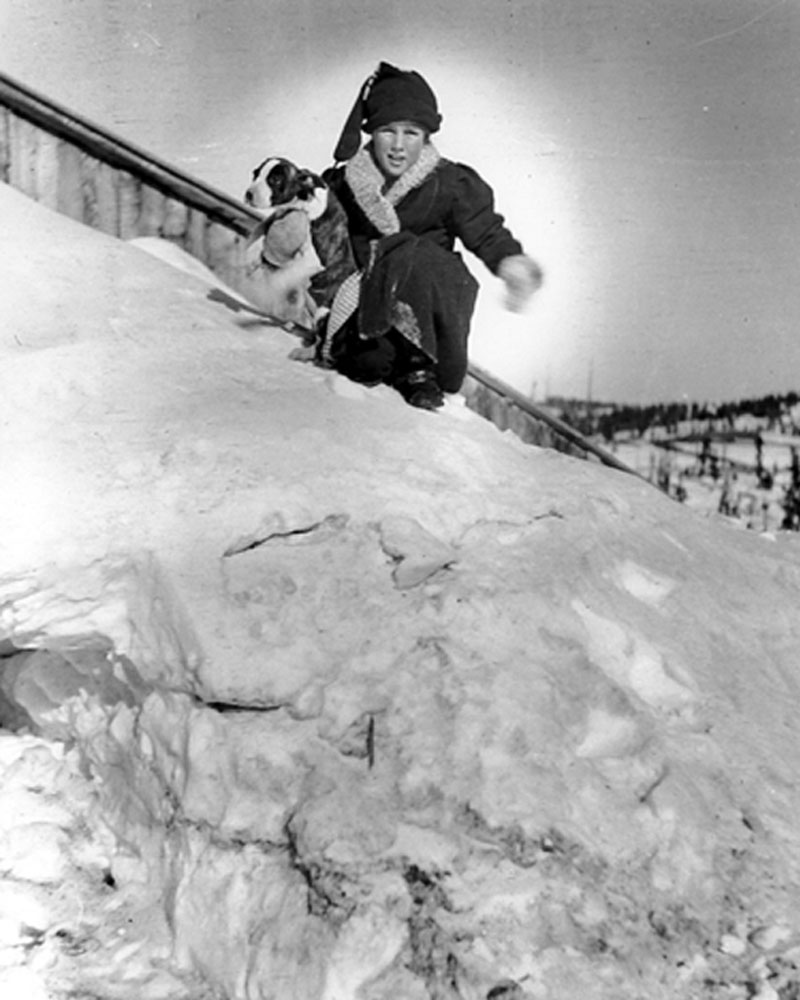 Pioneer dogs – A girl and her dog enjoy a slide down a cabin-high snowdrift in a mountain town atop the Continental Divide in south central Carbon County. Historical photos show that dogs were plentiful in most pioneer towns in Wyoming. – Jack Ledbetter photo, courtesy of Grand Encampment Museum, circa 1900. Historical Reproductions by Dick Perue, Saratoga

Years ago, when Wyoming’s small towns began licensing dogs, the cost of tags were one dollar per male and three dollars for a female.
An editorial in a local weekly newspaper noted that town hall records showed only one productive female dog in the town.
The editor wondered, “Just where in the heck are all the dogs coming from around here? This is probably what anyone looking at the Town Clerk’s records would ask when they saw that, of the 65 canine tags sold, only one was for a productive female. And that was a Mexican Chihuahua!
“The other 64 licenses sold during the past two months were either for male or spayed female dogs. Yet, the town has a growing dog problem. You figure it out.”